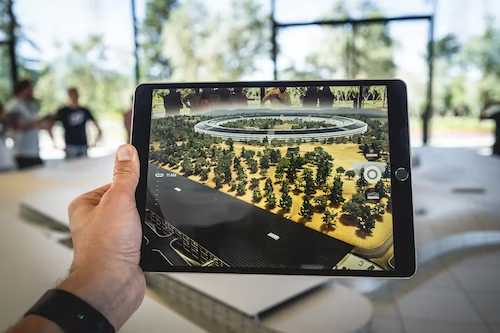 What is Augmented Reality?

Techspace - Augmented Reality or AR is a technology that combines a virtual world based on two or three dimensions with the real world in real time. AR incorporates information into the virtual world and displays it into the real world with aids such as smartphone cameras, computer webcams, and special glasses. AR is a new trend in the world of technology in today's era. Besides being used as an entertainment technology, AR is used in various industries such as e-commerce, health, architecture, and education. Vuforia is one of the most famous AR Development tools. The beta version of this application already has many interesting features that are free and a little watermark. On the other hand, the premium version allows you to connect with more features. Vuforia is a Software Development Kit (SDK) that runs on the Unity game engine with a very large community.

This application is relatively the easiest to use because of its simple development. You do this by preparing markers and objects that you want to display both in two dimensions and three dimensions, inserting markers into the virtual storage provided by Vuforia, then downloading the virtual storage and importing it into the Unity Editor. The final step is to add an object above the marker and your AR application is ready!

ARCore is one of Google's products to create AR applications that can run on two smartphone operating systems, iOS and Android. This tool is also an SDK that can run on the Unity game engine but is not as popular as Vuforia. ARCore allows users to build applications in a horizontal form so that it can be used to place virtual objects on the floor or surface and is also useful for tracking movement. Another advantage in ARCore is that it has a light detection feature where the application will automatically provide light from above to objects based on the position of the device even though the device is moved in such a way as to illuminate the object to remain constant. 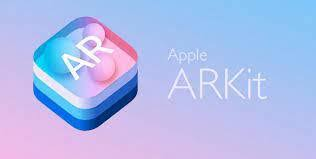 Software Development Kit (SDK) can only be used by iOS users for free. This app has Visual Inertial Odometry (VIO) which is used to accurately track faces and provide 3D characters and facial effects. ARKit also integrates with third parties such as Unreal and Unity to create 2D objects.

This app can be used on Android, iOS, Windows, and Mac OS. There are two different types depending on the usage. The first is a 3D toolkit and the other is for 2D objects. The 3D toolkit is used to scan and track maps, scenes, to realistic virtual objects. While the 2D version of the device is usually used to track images and rooms including the QRCode. MaxSt is only compatible with the 32-bit Unity editor version. 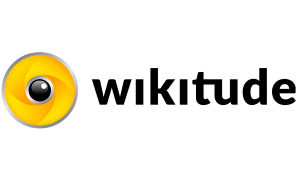 Wikitude is compatible with Android, iOS, and Windows for tablets. This application allows developers to import and render 3D objects with SLAM technology. Wikitude also offers to use location-based services supported by smart glasses so that users can store their data on devices or in the cloud. This application relies on several scripts and libraries such as Native API, Xamarin, Unity 3D, Cordova, Titanium, and also the JavaScript API.

That’s all the best tools that you can use for making Augmented Reality. So, which one do you wanna try?

An Introduction to Augmented Reality (AR)

An Introduction to Augmented Reality (AR)