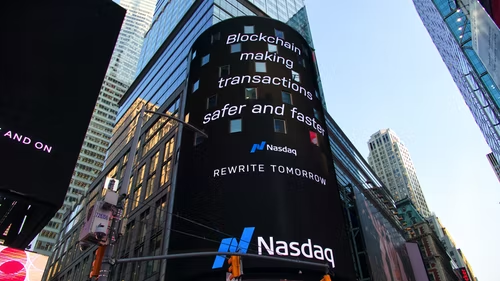 TechSpace - A compound word of Block + Chain, it is a distributed data storage technology that transparently records transaction details in a ledger that can be viewed by anyone, and copies and stores them on multiple computers. Multiple computers instead of one can prevent hacking by verifying records. For example, cryptocurrencies such as 'Bitcoin' are one of the representative technologies using block chain.

In this way, the blockchain technology is a peer-to-peer (P2P) method , eliminating the need for intermediaries and enabling direct interaction between individuals. Intermediaries, Internet service providers, and even banks, securities companies, insurance companies, and governments can use blockchain technology to complete a peer-to-peer society.

The traditional Internet focused on connectivity, making it vulnerable to security, evidence, and attacks. On the other hand, blockchain is absolutely impossible to forge or falsify in the existing technology in the recording and management of information. Using these technologies, we are developing and introducing blockchain-based technologies in various fields such as voting, banking, money, and hospital records. Also in this way, it shows the possibility of various uses not only in the concept of money but also in all fields of society.

It is a blockchain type with strong decentralization characteristics, and anyone can operate and participate without any restrictions. Transparency is guaranteed because anyone can read the data, but since there are many participants, it is difficult to upgrade such as expanding or modifying the network, and it also has disadvantages in that the transaction speed is slow. A protocol change is possible only with the consent of at least 51% of the blockchain network. Typical examples of public blockchains are Bitcoin and Ethereum.

Contrary to public blockchains, only those who have been verified through an authentication method on a specific network can participate. It has low transparency because it is closed and centralized in authority, but the processing speed is fast due to the limitation of participants, and it has an advantage in security because it can be designed according to the characteristics of a specific company. In addition, network rules or transaction contents can be modified, enabling upgrades and correction of incorrect contracts. Representative examples of private blockchains include Ripple and ICON. 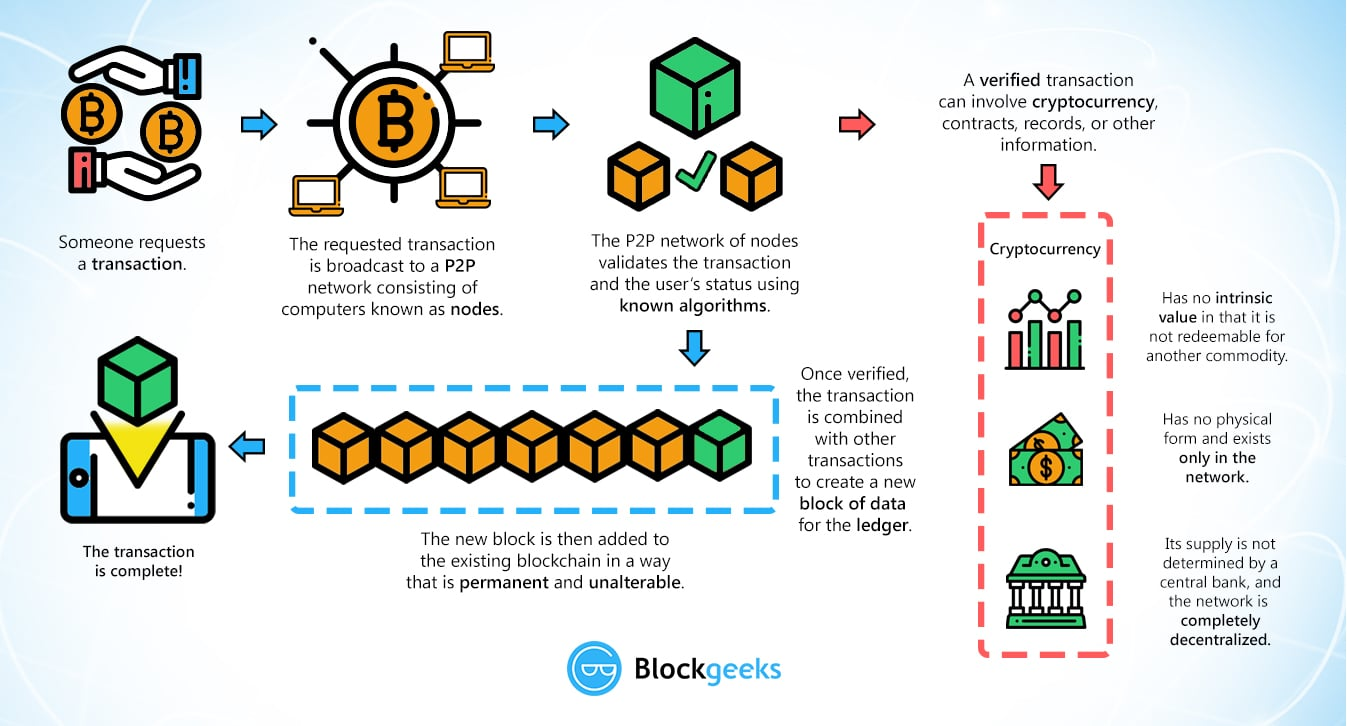 It has such a structure of continuous reference and makes the hash value to be compared to those participating in the transaction, and the act of paying a certain level of virtual currency as a reward to those participating in the verification operation and obtaining this reward This is called cryptocurrency mining. Mining is done by several people and has a structure in which everyone can own the entire block. As the number of participants increases, the time it takes to verify will increase, and as more miners are required, the difficulty of mining naturally increases. In this process, if you try to hack the transaction history, it can be considered that hacking is impossible in reality because more than 51% of the verification work must be hacked in theory.

A space that contains transactions accumulated for a certain period of time as a bundle of transaction data. It is connected to the previous block with a hash to form a block chain. It is divided into a body and a header, and the body contains the transaction details and the header contains the encryption code. It is formed every 10 minutes and the first block is called the genesis block.

The time it takes for a certain block to be created.

The transaction summary included in the block is expressed in a tree structure, and the summary is achieved by tying two transaction data into one data through a hash function (Capable of saving capacity and preventing forgery and tampering).

A computer connected to the blockchain network, responsible for storing and authorizing data and agreeing.

It is a node that collects and stores all block chain information starting from the genesis block. It has the ability to perform verification to add new blocks and propagate to other nodes.

It is a node that does not have all block information and participates in the block chain to perform transactions, and performs a function for verification of individual transactions.

Nodes that hold stakes in PoS to receive interest.

A sequence of processes in which a block is created and propagated to the nodes, and all nodes decide whether to link the same block to the previous block.

Proof of Stake, a method of authorizing blocks in proportion to the assets held.

Proof of work, a technique to prove that a task of a certain difficulty has been performed.

Proof of Privilege, a consensus method that grants some trusted nodes the right to create blocks.

A network shared by interconnected participants (Node, Peer) rather than a centralized management system.

An abbreviation for Decentralized Application, an application that executes smart contracts while continuing activities without a specific manager in the middle. Simply put, Android app = Ethereum DApp. If the method of general apps goes through a central server, DApps can be viewed as a new type of app that creates and executes a distributed network structure among participants using the advantages of smart contracts.

It refers to the ability to contract without an intermediary using blockchain. It is also called Blockchain 2.0 because it is one step ahead of Bitcoin, which is only a payment method.

Converting a string to a value or key of a shorter length.

Hash cache can be used to implement a proof-of-work system by limiting email spam and DOS attacks using hashes.

The speed of solving encrypted problems.

The act of working in the 'proof-of-work' method among consensus methods.

Attacks on the blockchain by malicious users. An attack in which a transaction is canceled or reused in exchange for a payment before the transaction on the asset is confirmed.

A random number generated to be used only once to obtain a hash value in the proof-of-work algorithm.

Developers develop independent new software by copying one piece of software code as it is.

A fork that is compatible with the old and new versions. Used to add simple errors or small functions.

A fork where the old and new versions are incompatible. Used for serious errors or to change large functions, algorithms, etc.

It is a program recorded in the distributed ledger as a core technology of the block chain, and the execution result is re-recorded in the distributed ledger. A technology that programs contracts and registers them on the blockchain to prevent forgery and falsification, and to automatically execute contracts when contract conditions are satisfied.

Network fee paid when running an application on Ethereum. You must pay a certain amount of gas from your personal wallet, but you can transfer coins or tokens to the corresponding wallet address.

Having your own platform independently and being recognized as an official coin rather than a token.

It is a technology that enables mutual transactions between assets that exist in different blockchains. For example, by enabling Bitcoin transactions on the Ethereum blockchain, it is possible to supplement the limitations of Bitcoin and expand the scope of use.

Read more: Music NFTs – What If You Can Invest Through Music Industry

What Is Handshake Domains and How to Register?

What Is Handshake Domains and How to Register?