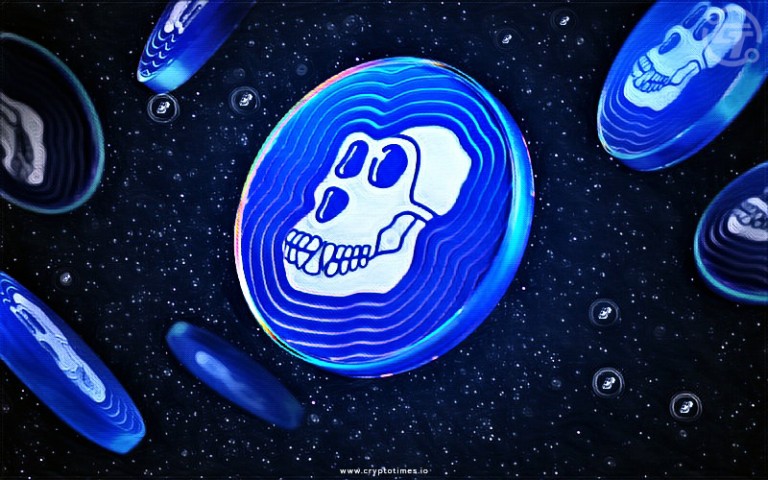 However, neither of those well-capitalized, VC-funded companies received the majority of the vote from APE token holders. Snag Solutions, a two-person firm created last summer by former DoorDash employees, was the only one to secure a passing proposal, receiving 88% of the token holders' votes in favor.

Zach Heerwagen, CEO and co-founder of Snag Solutions, told Decrypt that persuading ApeCoin DAO voters was "a really intriguing process." We were tiny and agile enough to change our entire business strategy to succeed. 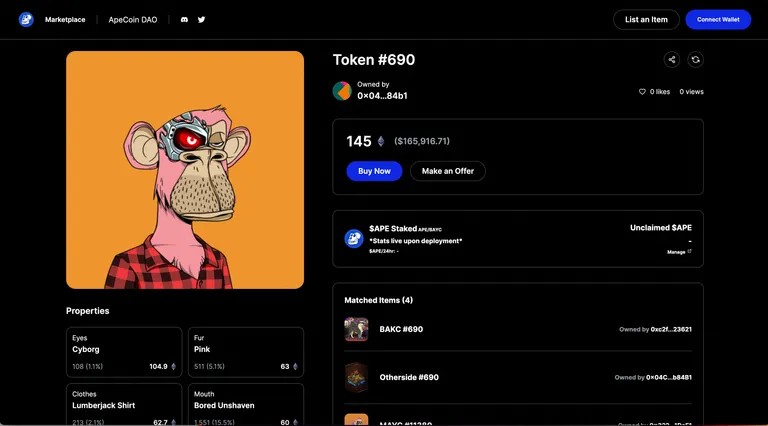 A popular collection created by Yuga Labs, such as the Bored Ape Yacht Club, Mutant Ape Yacht Club, and Otherside metaverse game, may now be traded thanks to the launch of the company's official ApeCoin NFT marketplace. However, why would owners of ApeCoin—a cryptocurrency based on Ethereum and created for the Bored Ape ecosystem—need their own unique market?

For starters, it has far more affordable fees than an all-purpose, universal NFT marketplace like OpenSea, which charges a normal 2.5% fee. The platform fee for listings on the ApeCoin network is a negligibly small 0.25% for APE listings and 0.5% for ETH listings. In each event, 0.25 percent is returned to the ApeCoin DAO's fund. Only sales listed in ETH are profitable for Snag Solutions, who keeps the remaining 0.25% commission.

Deeper Bored Ape ecosystem integration than traditional NFT marketplaces results in the other potential advantages. The ApeCoin marketplace, for instance, will emphasize the matching-numbered NFTs across Yuga's projects and display ApeCoin staking information for every listed NFT. Additionally, it will reveal to customers whether a bored ape employed a serum NFT to produce a mutant ape NFT.

To casual observers, some of the foregoing may make no sense at all. The ApeCoin devout, however, who are interested in the development of the Bored Ape ecosystem and perhaps hold some NFTs, are the audience for the market. In addition to the decreased costs and DAO treasury donations, they might value all of that context and supporting information.

Snag Solutions, which has only been around for a few months, has created a few other NFT projects, including GoblinTown, Genuine Undead, and Crypto Chicks, custom marketplaces.

Heerwagen and Jason Jong, a fellow co-founder and CTO, were the only two full-time employees of the startup company, which had to compete against two established players to gain support from the public for the creation of the market. Given its recent entry into the Ethereum market at the time, Magic Eden in particular aggressively promoted its efforts to build the marketplace.

Heerwagen had hinted that the victory was the result of astute pivots. Snag Solutions' initial pitch failed to impress. The company initially demanded a $50,000 advance payment and higher total fees. The community was unconvinced, and the Snag Solutions team had to quickly restructure their concept in response to the more well-known, lower-priced offers from Magic Eden and Rarible.

"As with anything in business, their suggestions improved ours," Heerwagen added.

So the two altered the situation. Snag Solutions eliminated the upfront payment requirement and reduced its prices, but it also went a step further by identifying some of the main criticisms of Magic Eden and feeding the narrative that was developing about the Solana-focused firm.

In just nine months, the company achieved a spectacular run of success that saw it dominate the Solana market and reach a valuation of $1.6 billion. However, Magic Eden has come under fire from some who claim that its closed-source technology isn't particularly Web3 in nature and that its custodial marketplace model puts users' NFTs at danger. That impression served Snag Solutions well.

“Magic Eden's proposal was super feature-rich and built by a market leader,” Heerwagen recalled. “And so we pivoted our entire kind of smart contract stack to be entirely on-chain and open-source, so that we could lean into the narrative that Magic Eden is fairly centralized and doesn't play well by Web3 values.”

Magic Eden's proposal, which was put to a vote the same week in September, ultimately failed with just 40% in favor (measured by token share). Only 14% of people voted in support of a Rarible ApeCoin marketplace when Rarible's plan was put to a vote this month, much later than Snag Solution's proposal was accepted.

It was a savvy strategy to capitalize on worries about Magic Eden, but Heerwagen claimed it wasn't all stagecraft. Snag Solutions established a sympathetic audience among ApeCoin owners by emphasizing values like decentralization, interoperability, and non-extractive approaches.

“I was candidly floored by how well the community resonated with that,” he told Decrypt.

The messaging was effective because the ApeCoin DAO now has a separate NFT market. However, with Bored Ape NFT prices falling and ApeCoin establishing a record low price this month despite the demise of FTX, the crypto winter has just grown colder. The trading environment is more challenging, but Snag Solutions wants to contribute to maintaining the Ape buzz.