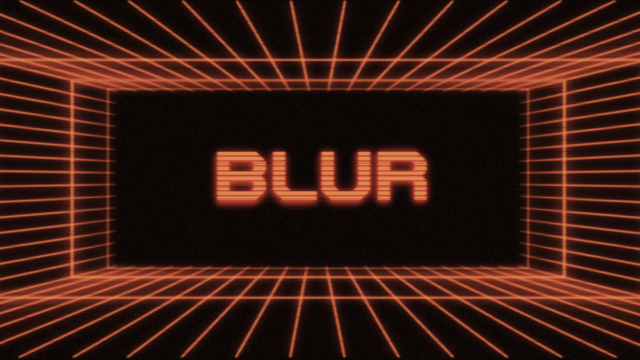 Techspace - There’s no day without news from the NFT marketplace. Today, an Ethereum NFT marketplace named Blur provides incentives for choosing to receive creator royalties. Will investors fall for the bait?

The VC-backed marketplace Blur launched on Wednesday, offering free cryptocurrency as an airdropped gift that includes an undisclosed number of BLUR tokens to new customers. You might be eligible for the free airdrop if you traded an NFT within the previous six months, but you won't be able to access your gift until January 2023. “To celebrate our launch, we’re airdropping Care Packages containing $BLUR tokens to everyone who’s stuck around in the bear market,” the marketplace wrote on Twitter.

The first airdrop will be available for a free claim for the following two weeks; however, until BLUR is helpful as a governance token for the platform next year, it must remain sealed in traders' wallets. Traders who offer an NFT for sale on Blur will also be eligible for an airdrop.

To celebrate our launch we’re airdropping Care Packages containing $BLUR tokens to everyone who’s stuck around in the bear market.

You have 14 days to claim ⏰ pic.twitter.com/PEaMONziQD

With a portfolio analytics function, an aggregation feature, and no marketplace fees, Blur bills itself as the NFT marketplace for "pro traders." According to its website, traders may "snipe reveals faster than anywhere else" using Blur. Additionally, it says that purchases are "10x faster" than with Gem, a batch-buying NFT tool that OpenSea purchased back in April. Blur claimed in a blog post that even though its platform has been in a closed beta for almost a year, its aggregator has already seen the second-highest volume in just four months.

After several NFT creators and collectors criticized Magic Eden's decision to switch to optional royalties last week, labeling it an "L" for the NFT economy, discussion on creator royalties has erupted on NFT Twitter. Blur offers "incentivized royalties," which give airdropped goodies in addition to the initial launch present to individuals who choose to participate in royalties.

“Today, royalties are not enforceable onchain, and traders already have many zero royalty options,” Blur wrote in its announcement blog post. Three tiers of undefined incentives will be available in the new marketplace. Traders who choose to pay "partial royalties" or "full royalties" will obtain proportionately more benefits from the market than those who choose to pay "no royalties" at all.

“We will monitor our initial solution and work closely with traders, collectors, and creators to explore other solutions that can be voted on via governance once $BLUR launches in January,” the site explained. “Blur’s marketplace fees are turned off, so Blur itself will not make a single dime until then.”

An NFT marketplace has previously provided its users with tokens in exchange for purchasing and selling NFTs on the site. LooksRare, launched in January, distributes LOOKS tokens to its traders, but it has resulted in the wash trading of NFTs worth billions of dollars.

Participating wallets must have traded Ethereum-based NFTs often during the previous six months to be eligible. Therefore, qualifying people can visit the Blur.io website, connect, and submit their claims. However, collectors who want to participate must do so within 14 days of the announcement.

With a second airdrop planned for November for those who list NFTs on its marketplace, Blur will continue to reward engaged people within its ecosystem. Given that individuals who want to get royalties receive a higher share of the incentives, its platform rewards scheme will undoubtedly fuel the ongoing discussion around creative royalties.

The Web3 VC company Paradigm and investors like 6529, Cozomo Medici, Deeze, MoonOverlord, and others provided approximately $11 million in seed money for Blur's NFT marketplace, which will be "majority-owned by the community." After its initial airdrop, Blur intends to follow it up with a second, bigger, more complicated one in November. To receive larger payouts in the second airdrop, traders must list higher-value NFTs using Blur. Blur has not yet responded to Decrypt’s request for comment.