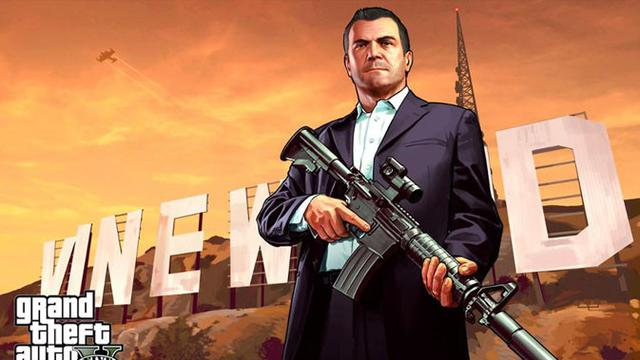 Techspace - The developer of the popular game Grand Theft Auto, Rockstar Game has updated their terms and conditions or their “legal enforcement policy” regarding specifically the use of NTfs and cryptocurrency in the game. Additionally, the new rules are also specifically intended for role play servers. Basically, the company is trying to find and remove any third-party servers that make an attempt to monetise its product for individual financial benefit.

Although they were never marketed by Rockstar, GTA Online's role-playing servers let users submerge themselves into the world of GTA while pretending to have a profession or a life that matches the world's theme. Players usually take the role of non-playable characters (NPC) such as police officers, judges, and taxi drivers that lead to interaction with each other online. This has been going around for years and is liked by many, it also seems to be popular on streaming platforms like Twitch.

While there are multiple servers, some of those have adopted NFTs and cryptocurrency tokens in order to grant players ownership of distinctive assets in a persistent game world or to offer special advantages to players. For example, Grand Theft Auto servers occasionally featured unique vehicles and weapons that were represented by NFT assets.

This action was taken in response to American rapper "Lil Durk" launching an NFT pass called “Trenchers Pass” that would give users access to a personal Grand Theft Auto server. Profiting some, ultimately, without Rockstar's consent, by using the GTA IP to grant special benefits. It's clear that Grand Theft Auto role playing allows players to sell many things from sponsorship deals to licensed music, but the most recent is NFT.

To be more clear here is the updated legal enforcement policy:

“As such, Take-Two’s legal enforcement policy will be aligned with our current PC Single-Player mods policy, with priority in enforcement actions focused on: (i) misuse of Rockstar Games trademarks or game intellectual property (IP); (ii) importation or misuse of other IP in the project, including other Rockstar IP, real-world brands, characters, trademarks or music; (iii) commercial exploitation, including the sale of “loot boxes” for real-world currency or its in-game equivalent, the sale of virtual currencies, generating revenue via corporate sponsorships or in-game integrations, or the use of cryptocurrencies or crypto assets (e.g. “NFTs”); (iv) making new games, stories, missions, or maps; or (v) interfering with our official multiplayer or online services, including Grand Theft Auto Online and Red Dead Online.”

After the announcement, Lil Durk Only the Family Gaming organization then also declared on twitter they would take down the server.

As written in the statement “We have no choice but to comply with their demands, as we intend to do right by Take-Two and Rockstar, we will be working with them to find an amicable solution to this matter.”

Rockstar Games is not the first to take action regarding the NFTs concept in their games. NFTs were also prohibited from Mojang Studios servers in July, much to the dismay of initiatives like NFT Worlds, which had based their entire company on Minecraft. The companies claimed in a post that NFT scarcity models that restrict asset owners' access or functionality go against the "spirit of Minecraft".

Steam's operator, Valve, has likewise criticized NFTs and stated that it does not want them on its platform. On the other hand Epic Games, a competitor of Valve, has exhibited more neutrality. While the Epic Games store does not make any investments in or provide any additional support for these games, the developers of Fortnite have permitted a number of NFT-using games to be listed there.