The Key Why Bitcoin Being So Powerful 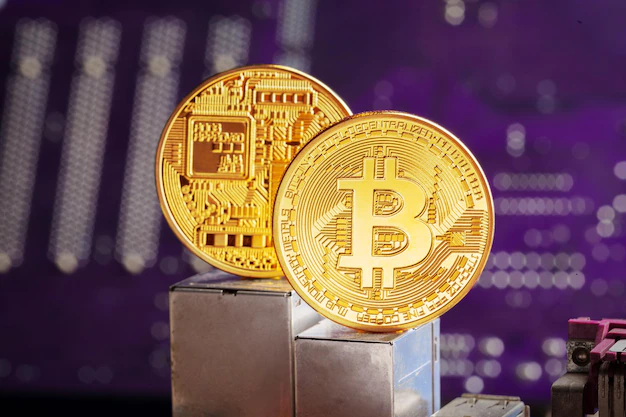 TechSpace - If you are an investor who is immersing yourself in crypto, you have probably heard this sentence at least once. With Bitcoin showing low volatility at the $40,000 level, many feel as if they have missed the boat. Many say that if you could buy BTC for $10, $100 or $1000 in the past, you would have risked your life. Of course, the truth is not that simple. In fact, many early investors bought Bitcoin for $10 and sold it for $20 and boasted to their acquaintances that they made a 100% return. Take a look at the tweets from 2011 below.

It is only possible for a very special type of person to not realize a return until a return of 300,000% is achieved. Some people bought Bitcoin 10 years ago but have no holdings at the moment, while those who bought it hard a few years ago are now making huge returns. Their difference lies in the 'philosophy' of looking at BTC. If you are looking for NEXT Bitcoin, your view of BTC will most likely be similar to those of the first type. That said, we don't fully understand what makes Bitcoin so special. What sets Bitcoin apart is not simply that it was the first cryptocurrency.

Transmission control protocol (TCP) and Internet protocol (IP) are the two basic layers underpinning the Internet. TCP/IP was invented in the 1970s and is still the basis of Internet data transmission today. Wouldn't the technology be more advanced than it was back then? Couldn't the smartest computer scientists in the world come up with something more efficient than TCP/IP? Not surprisingly, technology has improved compared to 1970, and numerous proposals have been made to replace TCP/IP. But we are still using the old protocol. Why? The answer to this question hints at the fact that none of the more than 16,000 cryptocurrencies currently in circulation will be able to replace Bitcoin.

It is very important to remember what the purpose of Bitcoin is. The purpose of BTC is to serve as an alternative to a corrupt financial system dominated by governments and central banks. Bitcoin was created to give individuals financial sovereignty by removing power from central banks, commercial banks and governments, and transferring power directly to citizens. Bitcoin's role is very simple. It's about making things happen according to the rules agreed upon by the network. In other words, even the most powerful government in the world cannot change the rules of Bitcoin. This is what sets Bitcoin apart from all other altcoins.

This particularity stands out compared to Ethereum, the cryptocurrency with the second largest network in the world. The consensus on the Ethereum network is changing dramatically with a lot of frequency, and no one can predict the supply of ETH. Of course, Ethereum is not created as a token of Bitcoin, but to enable smart contracts. However, many Ethereum proponents are expecting the change of ETH2.0 to transform Ethereum into a monetary alternative to Bitcoin. They are even advocating Ultra Sound Money (Ultra Sound Money) due to the ETH burning process.

However, what they do not understand is that all policies to become a super-sound currency are due to changes in monetary policy, not Ethereum itself. Bitcoin is recognized by many as Sound Money because of the immutable initial consensus that the maximum supply is fixed at 21 million and a halving occurs after every 210,000 blocks. Bitcoin and Ethereum have very little to do with each other. Both exist to play different roles and neither should try to compete with each other. For them, competition is like aluminum foil as a threat to gold.

Since the birth of Bitcoin, there have been numerous coins created to solve the problems of BTC. From Dogecoin Litecoin, Digibit and Bitcoin Cash, there are a number of competitors that have promised to replace Bitcoin. The reason no coin replacing Bitcoin occurred is the same reason that TCP/IP remains an Internet standard 50 years after it was written. Updating and rebuilding the entire Internet every time a slightly better data transfer protocol is invented is like an artist discarding and repainting their most famous painting every time a slightly better canvas is invented. After all, the point is that there is a canvas on which to draw, not the best canvas.

TCP/IP does a good job in this regard. It powers the Internet and applications can be built on it. Similarly, Bitcoin makes the very difficult thing to separate goods (money) and nations possible in the real world. The fact that the Bitcoin blockchain is seemingly slow and expensive compared to many other blockchains is irrelevant. Altcoins continue to develop, boasting greater scalability and transaction speed than Bitcoin. The problem is, nobody cares about it. Corporations and governments in each country do not put Dogecoin, Litecoin, etc. on their balance sheet or adopt it as a fiat currency. Bitcoin is the only cryptocurrency adopted as a corporate balance sheet and fiat currency.

Can Bitcoin be cloned?

Bitcoin achieved immutability not because of code, but through the unique environment in which BTC was created. The BTC code is completely open source and has been copied and forked many times. Bitcoin Cash, a representative of forked blockchains, was created by cloning the Bitcoin code in 2017. However, just a year later, factions within the Bitcoin Cash community spawned another forked blockchain, and the fork continued. Due to this, their value has been greatly diluted, and a number of blockchains that have forked Bit are currently not being recognized for their value. 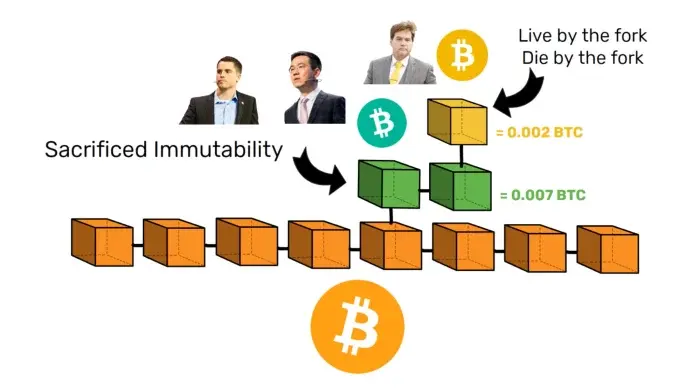 The Federal Reserve is currently debating whether inflation will destroy the economy by keeping interest rates low, or if it will destroy the economy by raising interest rates and bursting a debt bubble. On the other hand, there are parallel systems that do not need to make such decisions. The system has an immutable algorithmic monetary policy that individuals can check before joining the network. Over time, rational individuals will move away from the current system characterized by bureaucracy, corruption, and inflation, and opt for another system in which the principles of mathematics, immutability, and scarcity apply. This system is Bitcoin and there is no other competitor.